VANCOUVER NAMED BEST CANADIAN CITY TO LIVE IN DURING YOUR 20S

This is based on several factors including monthly salary, rent affordability, cost of transport and the cost of a pint to name a few.

The study also believes the average monthly salary in Vancouver is $4,515 Canadian dollars.

However, as most know the current minimum wage in B.C. is $15.20 per hour. That means it would take someone earning minimum wage 297 hours and four minutes to make that.

Or nine hours a day, seven days a week.

Confused also scores livability on four other factors – nightlife, things to do, LGBTQ+ friendliness and Instagram-ability.

The good news is Vancouver is considered extremely LGBTQ+ friendly. 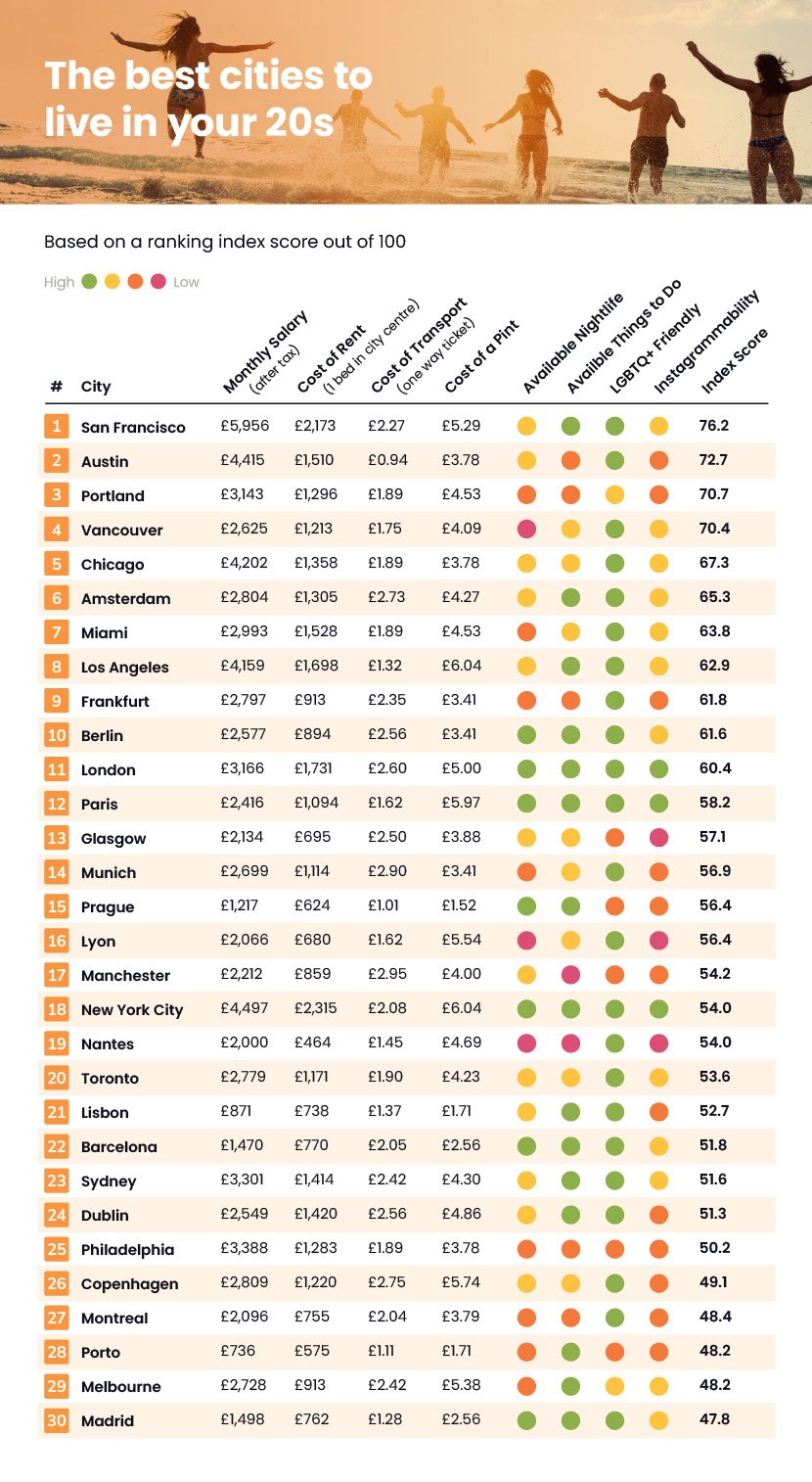