You Can Actually Do Something Good With Those Eclipse Glasses

Fortunately, Astronomers Without Borders has offered to take them off your hands so that children will be able to use them in future eclipses. The organization says it will soon announce a program dedicated to redistributing glasses to schools in Asia and South America, where there will be solar eclipses in 2019.

“This is an opportunity for schools to have a first-hand science experience that they might not otherwise have” Astronomers Without Borders President Mike Simmons told Gizmodo. “Many schools in developing countries don’t have resources for science education and this is a rare opportunity that inspires students and teachers and shows them that science is something they can do. It can be a ray of hope for young people who don’t otherwise see a path to a career like this.” 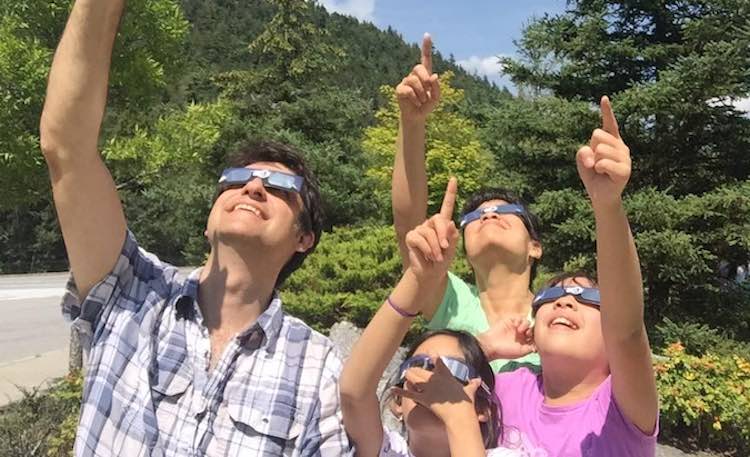 The organization’s mission is to provide astronomy-related education and equipment for developing countries. It raises money to buy new glasses for children, but it is hoping to use this opportunity to build a stockpile. While the organization hasn’t yet announced an address for donors to send glasses to, it’s trying to spread the word before people throw them away and plans on releasing a list of addresses soon. Simmons said Astronomers Without Borders wants people to hang onto their glasses while it arrange for astronomy clubs and companies to receive them.

If you really can’t wait to get rid of your super-specs, you can send them to Astronomers Without Borders’ corporate sponsor, Explore Scientific, based at 621 Madison Street, Springdale, Arkansas.

On the other hand, if you don’t care about inspiring future generations astronauts and astronomers, you could always just keep them for suntanning with your eyes open or watching a nuclear blast.