WHEN A MOUNT PLEASANT PARK BECAME THE VICTIM OF PARODY

Located in Mount Pleasant, Dude Chilling Park is best known for being the victim of many vandalism cases. But it was ultimately a parody case that sealed its fate.

The park was originally known as Guelph Park before artist Viktor Briestensky installed a sign called Dude Chilling Park in 2012, as a parody.

It was named after a bronze statue in the park that looked like a dude chilling. 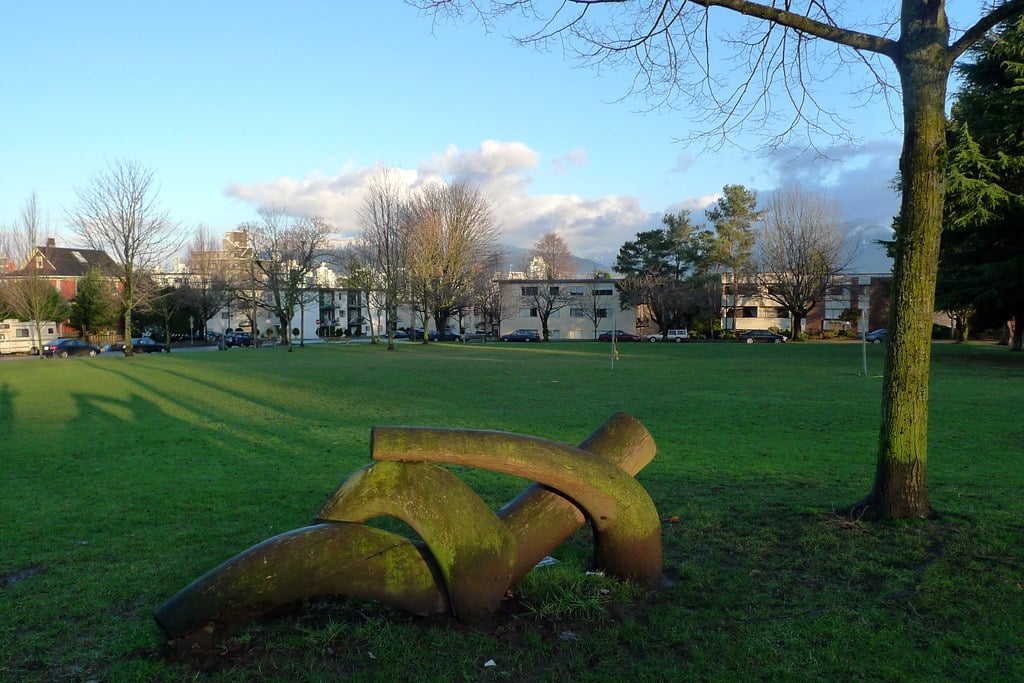 At first, the Vancouver Park Board removed the sign. This prompted a local resident to launch a petition which garnered 1,800 signatures. Given the public support, the Parks Board ended up reinstalling the sign permanently on February 27, 2014.

Since then, the sign has been vandalized numerous on numerous counts.

“It’s been vandalized so many times, it’s unbelievable,” one resident told Global News. “The words have been changed to mean something else or it’s been painted.”

It was stolen shortly after its installation in 2014 and then again in 2018. After that point, the Park Board replaced the sign again and installed “vandal-proof” fasteners.

It’s been safe from thieves so far.

You can find Dude Chilling Park at the 2300 block of Brunswick Street in Vancouver. The sign is located on the west end.